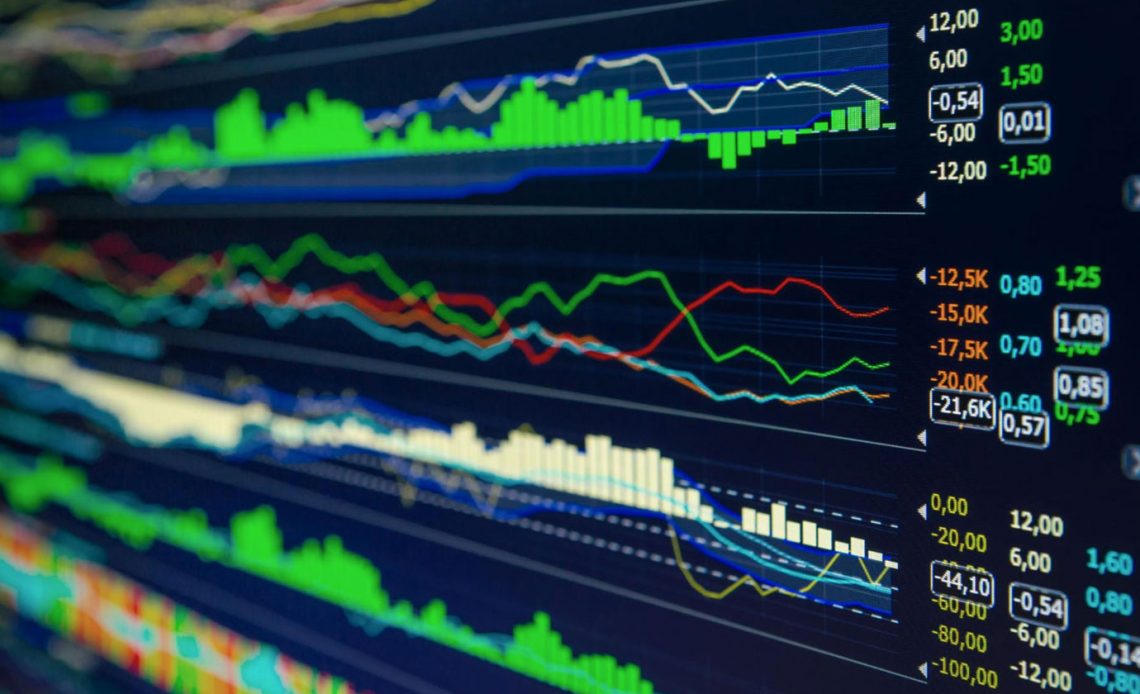 Traders work beneath a monitor displaying General Electric Co. signage on the floor of the New York Stock Exchange.

Check out the companies making headlines in midday trading.

General Electric — Shares of General Electric popped more than 3% after announcing Tuesday that it will divide into three separate publicly traded units focused on aviation, health care and energy. The action followed consistent underperformance of its share price over the last two decades.

Roblox — Shares of video-game company Roblox soared 32% in midday trading after the company reported third-quarter results that impressed analysts. Bookings grew 28% year over year in the quarter. Revenue excluding deferred revenue came in at $509.3 million, up 102% year over year, according to a statement.

PayPal — PayPal shares tumbled more than 11% after the payments company reported quarterly revenue of $6.18 billion, compared to the consensus estimate of $6.23 billion, per Refinitiv. PayPal also issued a fourth-quarter forecast that fell short of analysts’ expectations and provided disappointing guidance for 2022.

SmileDirectClub — The online dentistry company’s stock fell more than 22% following SmileDirect’s disappointing quarterly results. The company reported revenue of $138 million, short of the expected $182.5 million, according to estimates from StreetAccount.

AMC Entertainment — Shares of the movie theater chain fell more than 10% even after the company posted a third-quarter loss that was narrower than expected. CEO Adam Aron said that there are still pandemic challenges ahead for the company. AMC shares have been at the center of this year’s meme-stock craze, skyrocketing more than 1,800% in 2021.

Robinhood — Shares of the stock trading app ticked 2.9% lower after the company announced a data security incident that affected 7 million customers. Robinhood said the breach occurred late in the evening on Nov. 3, and that the third party “obtained access to a limited amount of personal information for a portion of [Robinhood’s] customers.”

The RealReal — The luxury consignment platform saw its shares jump 16% following a better-than-expected quarterly report. The RealReal posted a quarterly loss of 47 cents per share, narrower than an estimate of a per-share loss of 53 cents, according to FactSet. BTIG upgraded the stock on Tuesday to buy from hold, citing improving fundamentals.

Palantir — Shares of the software and data analytics company fell more than 8% despite reporting third-quarter revenue that beat Wall Street estimates. The company recorded $392 million versus in revenue, versus the $385 million expected, according to Refinitiv. Its earnings per share were in line with estimates.

ThredUp — Shares of the personal shopping e-commerce company slipped 0.1% after reporting better-than-expected earnings results. ThredUp reported a loss of 15 cents per share, compared to the expected loss of 16 cents per share, according to Refinitiv. Revenue came in at $63.3 million, topping estimates of $61.8 million.

Disclosure: NBC Nightly News investigated SmileDirectClub’s customer complaints in 2020. The company accused NBCUniversal of publishing false information about the company and is seeking $2.85 billion for defamation.